Perhaps the most common type of lottery game in the country is Daily 4 (otherwise known as Pick 4). This type of lottery involves having people choose 4 numbers ranging from 0 to 9. Unlike other lotteries, the order in which you chose the numbers matters greatly. This means that a ticket with the numbers “1-2-3-4” is different from a ticket that has the same numbers in a different order (e.g, 1243, 1324, 1423, etc.), with an exact match winning a specific amount of money depending on the odds set by that specific lottery.

The probability of winning a Daily 4 is determined by the total amount of four-digit number combinations possible. To calculate this, simply remember that each number has 10 different choices. Multiply this by every subsequent number (which, in this case, also has 10 different choices), and you get 10x10x10x10, which is equal to 10,000.

This means that a person’s probability of winning the Daily 4 is 1 in 10,000, or 0.01% chance. This is as close to a lottery winning formula for Daily 4 possible: in order to ensure a 100% win rate, you’ll need to buy 10,000 tickets with every possible combination out there. At $1 for 5 sets of four numbers, you’ll need to shell out $2,000 to get 1 possible winning combination.

Daily 4’s are very common because, while it’s easy to win, the payouts aren’t usually going to turn you into an instant millionaire: because the payouts are determined by the odds set by the lottery, spending $2,000 at 50c wager per combination with only 1 winning ticket will get net you $2,500, or a $500 profit. Not exactly Rockefeller money, is it?

Another type of lottery involves choosing 6 numbers from 1 to 48, with a higher payout but with an exponentially difficult chance of winning. This type of game usually doesn’t require the numbers you choose to be in order, which makes it only slightly easier. However, with the added 2 digits and the 48 possible numbers to choose from, the math makes this astronomically difficult to win.

Sure, some people win millions in the lottery. It’s just very likely that it’s not going to be you, unless you’re Stefan Mandel.

The Man with the Plan

Despite the astronomical odds, Stefan Mandel, a Romanian-Australian economist, used his expertise with numbers to game the lottery system. Did he win? Yes, he did. In fact, he won 14 times.

Far from being a Math-powered super-villain, Stefan’s first two wins were in Romania, where he hacked the lottery combinations in order to raise money to get his family out of the then-communist country ruled by brutal dictator Nicolae Ceaușescu. So it made sense that Stefan, who was then earning only $88 a month despite being a prolific mathematician and economist, decided to take action.

After his second win, he had enough money to get his family out of Romania and into Israel. Eventually, the Mandel’s found themselves settling in Australian, where Stefan started a ‘lottery consulting firm’, which helped him win lotteries from around the world a record-breaking 12 times.

Unlike some people, who blow all of their lottery winnings on luxury items or travelling around the world, Mandel continued to reinvest in his lottery business. Instead, Mandel created what is now called a ‘financial triad’, which consists of a financial adviser, an attorney, and a person who specializes in tax laws. These people helped Mandel grow his business and continue to win, and it became an integral part of his lottery winning formula.

Aside from protecting your liquid assets, a financial triad can also help keep media, authorities, and money claimers at bay. They can also help reinvest your money in other, more fruitful assets (should you decide not to be a scammer like Mandel).

After scamming the Virginia lottery of $27,000,000, along with other lotteries around the world, the long arm of the law finally caught up to him, which landed him a 20-month prison stint in Israel. After his release, Mandel quit from the lottery scam game and is now living a quiet, non-scamming life in the South Pacific island of Vanuatu.

Mandel summarized his success to a 6-point lottery winning formula:

But before you get excited: you can’t do this anymore. Because of Mandel, the American and Australian lottery organizations enacted new laws and rules to lessen the chances of people repeating Mandel’s scheme. Among these new rules? You can’t print out your own tickets anymore (all lotteries require that you buy the tickets at certified resellers), and you can’t buy in bulk, 2 strategies essential to Mandel’s lottery winning formula.

So if you want to win the lottery nowadays? Either buy a truckload of tickets (the total price of which will probably not be enough to be covered by your winnings), or get lucky. 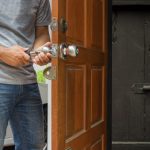 Six Ways to Protect Your Family This Holiday Season 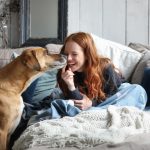 Looking After Your Dog While Living in an Apartment 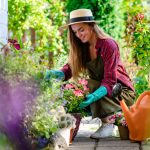 Health and Wellness Trends in the Pandemic: Unique Ways to Foster Well-being 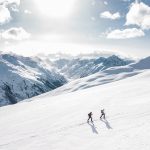